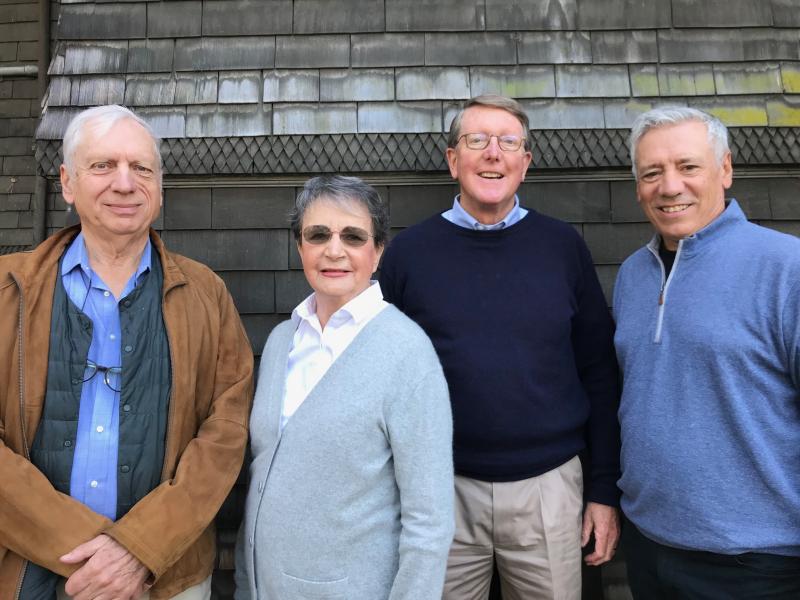 A group of East Bay citizens has joined together in an effort to preserve the legacy of the historic Anna Head School.  Built over twenty-five years beginning in 1892 on a campus two blocks south of UC Berkeley, the school launched the Arts and Crafts movement in the Bay Area, is considered an architectural masterpiece, and is on the National Register of Historic Places and is a Berkeley City Landmark.  In 2013 the University restored Alumnae Hall, and 2017 several small buildings were renovated to become a student counseling and wellness center, but the major structures are in great need of preservation.

In November, the UC Berkeley administration took the important step to secure the three major buildings, known as Channing Hall, Gables and Study Hall, by tarping the degraded wood-shingle roofs.  They are seeking funds to install additional lights and cameras and are discussing installing a security fence.  The UC administration hopes to begin a master plan process including Anna Head School in the new year.  Kit Ratcliff, member of the Steering Committee of the Campaign to Save Anna Head School, observed, “We are encouraged by the recent efforts by the University to secure the school against rain and fire, and to include the school in a new master plan.  We hope to strengthen our collaboration with the University and have offered several new ideas for how to restore the buildings.”

The Campaign to Save Anna Head School has spent 2021 working to educate the community about the school’s significance, encourage UC Berkeley to make preservation of the school a high priority to best meet the University’s educational needs, and to inspire individuals to advocate for the school.  Led by the Anna Head School Steering Committee, a coalition of interested citizens—Anna Head alumnae, UC Berkeley faculty and staff, current and former city of Berkeley political leaders, architectural preservationists, and neighborhood association members—is working with the University to secure the building and create a plan to save the school. The Steering Committee includes Paul Chapman, emeritus head of the Head-Royce School and chair of the Save Anna Head School Steering Committee; Kit Ratcliff, principal of The Ratcliff Architects, whose grandfather Walter Ratcliff, Jr. designed many of the buildings; Chuck Palley, retired president of Cahill Contractors, which built the modern Head-Royce School; and Nan Warren, Anna Head alumna ’60 and former member of the Head-Royce board of trustees.

Explaining his passion for the project, Paul Chapman said, “The Anna Head School holds a special place in the history of American architecture, American education, and the University of California, Berkeley. The school’s legacy needs to be preserved.”  Over one hundred supporters have signed a petition asking the University to make saving the school a priority. The University administration noted: “We're pleased that these historic buildings are held in such high-esteem by the greater Berkeley community.  We share your love of the Anna Head campus and are proud of its architectural merit….Unfortunately, with diminishing state support for higher education over the last thirty years, the financial resources to adequately maintain these assets have not kept pace.” Working with the University, the Steering Committee hopes to develop the best uses of a restored Anna Head School and the way to fund the work.