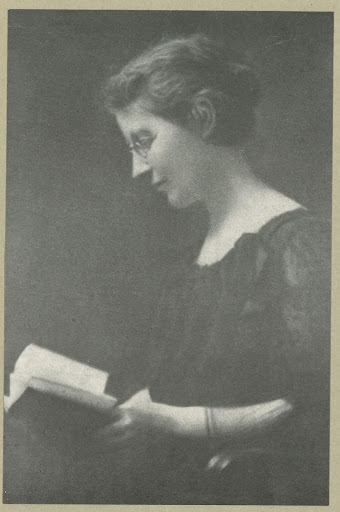 In 1887, Anna Head, one of UC Berkeley’s first women graduates from the class of 1879, established a new school that would become one of the nation’s outstanding K-12 independent schools, known for its commitment to academic excellence, diversity, and citizenship.

A contemporary of progressive educator John Dewey, Anna Head was very well educated, steeped in experience gained from teaching and traveling the world, and determined to create an excellent new school. Born in Brookline, Massachusetts in 1857, she came to the Bay Area in 1868 after her father, a graduate of Harvard Law School, moved west to establish his practice, and later he became a Superior Court justice. Anna Head’s mother provided a strong role model as a teacher in San Francisco and Oakland, where she established a small French and English school for young children in her home near De Fremery Park in West Oakland. Anna Head graduated from Oakland High School in 1874, studied music in Boston for a year, and then returned to attend UC Berkeley, where she graduated in one of the university’s first classes, in 1879, just one of 23 women out of 177 students.

In the decade after her graduation, while traveling in Europe and studying in Greece, Anna Head developed a progressive philosophy of education and compelling vision for her new academy in Berkeley, originally called Miss Head’s School for Girls. At age 30 she started her new school, initially located near her alma mater in a home at the corner of Dana and Channing in Berkeley, later the site of the Congregational Church. Anna Head then retained her cousin, the architect Soule Edgar Fisher, to design Channing Hall, a handsome Queen Anne building, one of the first classic Berkeley brown-shingle buildings. With funds from her mother’s sale of her Oakland school, she opened the new school in the 1892-93 school year at the corner of Channing and Bowditch, and over the years she added several structures on the campus, all in the handsome brown-shingle style. Architecturally, the school is a remarkable example of the local Arts and Crafts movement in the Bay Area. The Anna Head School is on the National Register of Historic Places and has been named as a City of Berkeley Landmark, in recognition of its architectural significance and role it played in the history of women’s education. The Anna Head School, along with the Hamlin School and San Domenico, is only one of three private schools founded in the Bay Area in the nineteenth century that are in operation today. As the National Trust for Historic Preservation observed, “The school broke barriers in American architecture and girls’ education.” 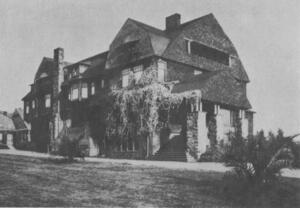 Anna Head’s innovative educational philosophy is evident in the early catalogs that describe a rigorous core curriculum, including four years each of English, math, a foreign language, and history. Her love of nature led her to recommend a fifth solid in science (botany, zoology, and physics), courses “determined on the principle that one fact learned from nature is worth a dozen learned from books.”  She recognized the value of the arts “to increase the powers of observation of each student.”  Regular physical activity was offered in “cheerful and inspiring exercises” including horseback riding, dancing and games. Notably, one of the first women’s basketball games ever recorded was played between UC Berkeley and the Anna Head School, which won the game 4 to 3! Anna Head announced that her school would prepare young women for the most outstanding colleges and universities in the nation. Importantly, she stressed that “the health of the girls will be the first consideration.” Headmistress for 22 years, Anna Head was a real polymath and an inspiring teacher, offering instruction herself in English, Latin, Greek, history of art, psychology, and zoology.

Anna Head secured her legacy when she passed the baton of leadership. In 1909 she sold the school to Mary E. Wilson, a Smith College graduate who earned a master’s degree in English from UC Berkeley in 1896. Serving for 29 years, Mary E. Wilson enhanced the campus with additional brown-shingle buildings, and she helped develop a national reputation for the Anna Head School, serving as one of the first presidents of the National Association of Principals of Schools for Girls (NAPSG). In 1955 UC Berkeley announced they would be taking over the historic school campus through right of eminent domain as they anticipated expanding the university campus southward. The school’s owners, Daniel and Catherine Dewey, were forced to incorporate, create a board, and raise the significant funds necessary to relocate and build a new campus. In 1964 the Anna Head School moved to Oakland, where they eventually added boys and became the Head-Royce School in the 1970s. Today the school has fulfilled Anna Head’s vision as a nationally recognized K-12 school with a mission of academic excellence, diversity and citizenship.  According to a Wall Street Journal survey in 2004, Head-Royce ranked in the top 30 high schools nationwide in admission to highly selective colleges and universities.  With over fifty percent students of color, the school continues Anna Head’s dedication to preparing young women, and now young men, for lives of service and leadership.